"A country is a piece of land surrounded on all sides by boundaries, usually unnatural." - "Catch-22" J. Heller

"Dear God, do you draw the lines around the countries? If you don't, who does?" - Nathan

The image is the clearest when there is a balance of each color. Too much is just as bad as not enough.

Who's on top? Black or white?

Is this a white block stacked on top of a black block? or

Is it black letters stacked on top of white letters?.

"Each snowflake in an avalanche pleads not guilty." - Stanislaw J. Lec

"Think left and think right and think low and think high. Oh, the things you can think up if only you try." - Dr Seuss 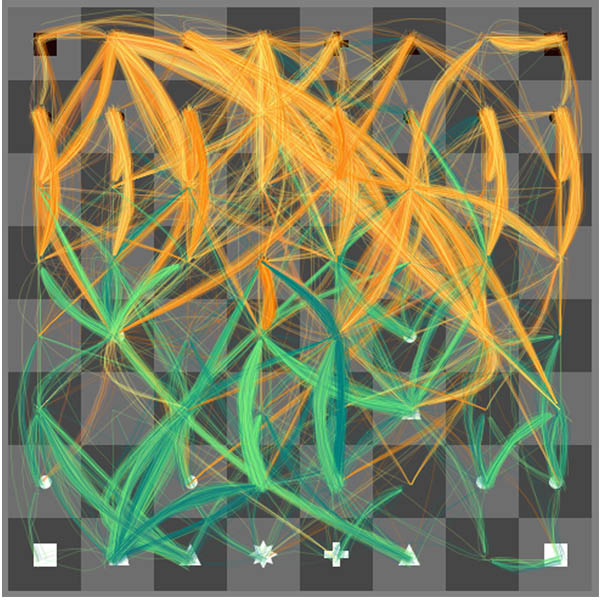 "Where, after all, do universal human rights begin? In small places, close to homeso close and so small that they cannot be seen on any map of the world. Yet they are the world of the individual person: The neighborhood he lives in; the school or college he attends; the factory, farm or office where he works. Such are the places where every man, woman and child seeks equal justice, equal opportunity, equal dignity without discrimination. Unless these rights have meaning there, they have little meaning anywhere. Without concerted citizen action to uphold them close to home, we shall look in vain for progress in the larger world." - Eleanor Roosevelt (18841962)

"How can the ant know the pattern of the carpet ?" - Persian poet

"Individuals in a world where traditional geographic hierarchies and borders are in rapid transformation are forced to navigate according to their own experiences". (Stine Hoholt: England, 2002:2)

until it is solved." - Piet Hein

"The Wall Says It All"

"BOUNDARY: In political geography, an imaginary line between two nations,

"By all means let's be open-minded, but not so open-minded that our brains drop out." - R. Dawkins

"The flag is a symbol of the fact that man is still a herd animal." - Albert Einstein

:: why this idea is a big secret 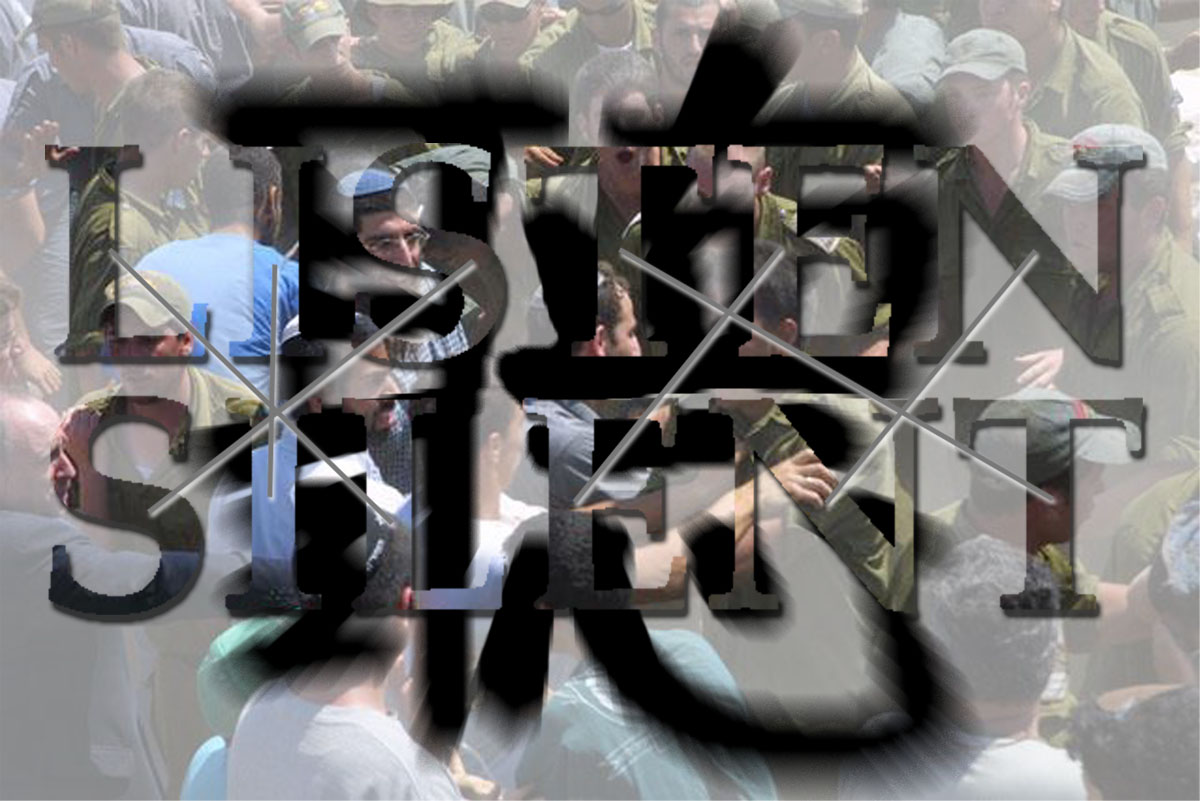 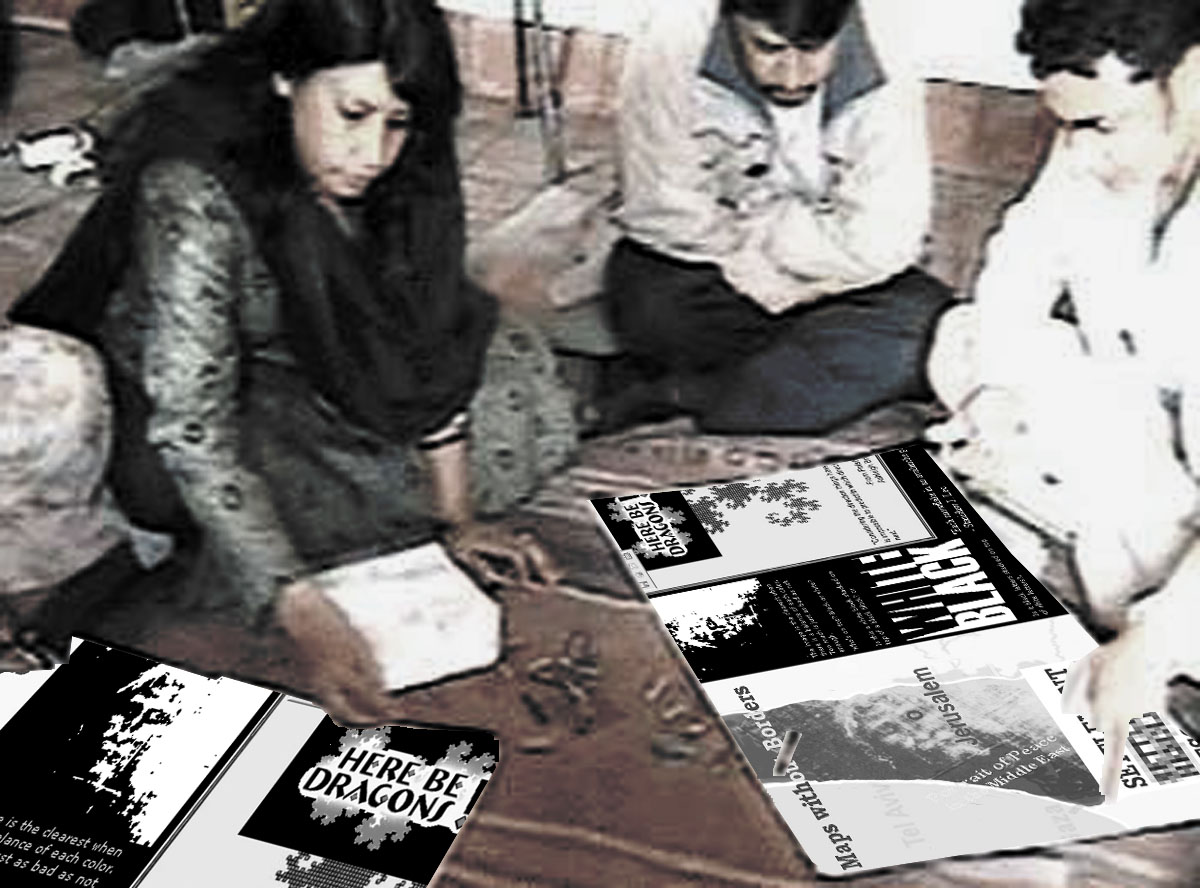 Thursday night I dreamt that I was walking along the beach and I came across an ancient oil lantern sticking out of the sand. When I rubbed the sand off with a towel, a genie popped out and offered to grant me a wish. I went to get a map of the world from my car, circled the Middle East, and told the genie, "I wish you to bring peace in this region".

After 10 long minutes of deliberation, the genie replies, "Gee, there are lots of problems there with Iraq, Israel, Lebanon,and all those other places. This is awfully embarrassing; I've never had to do this before, but I'm just going to have to ask you for another wish. This one is just too much for me".

Taken aback, I thought for awhile and said, "OK then, I wish that I could build an interface to all the knowledge in the world."

After another deliberation the genie finally asks, "Could I see that map again?"

"The things that will destroy us are: politics without principle; pleasure without conscience; wealth without work; knowledge without character; business without morality; science without humanity; and worship without sacrifice."- Mahatma Ghandi 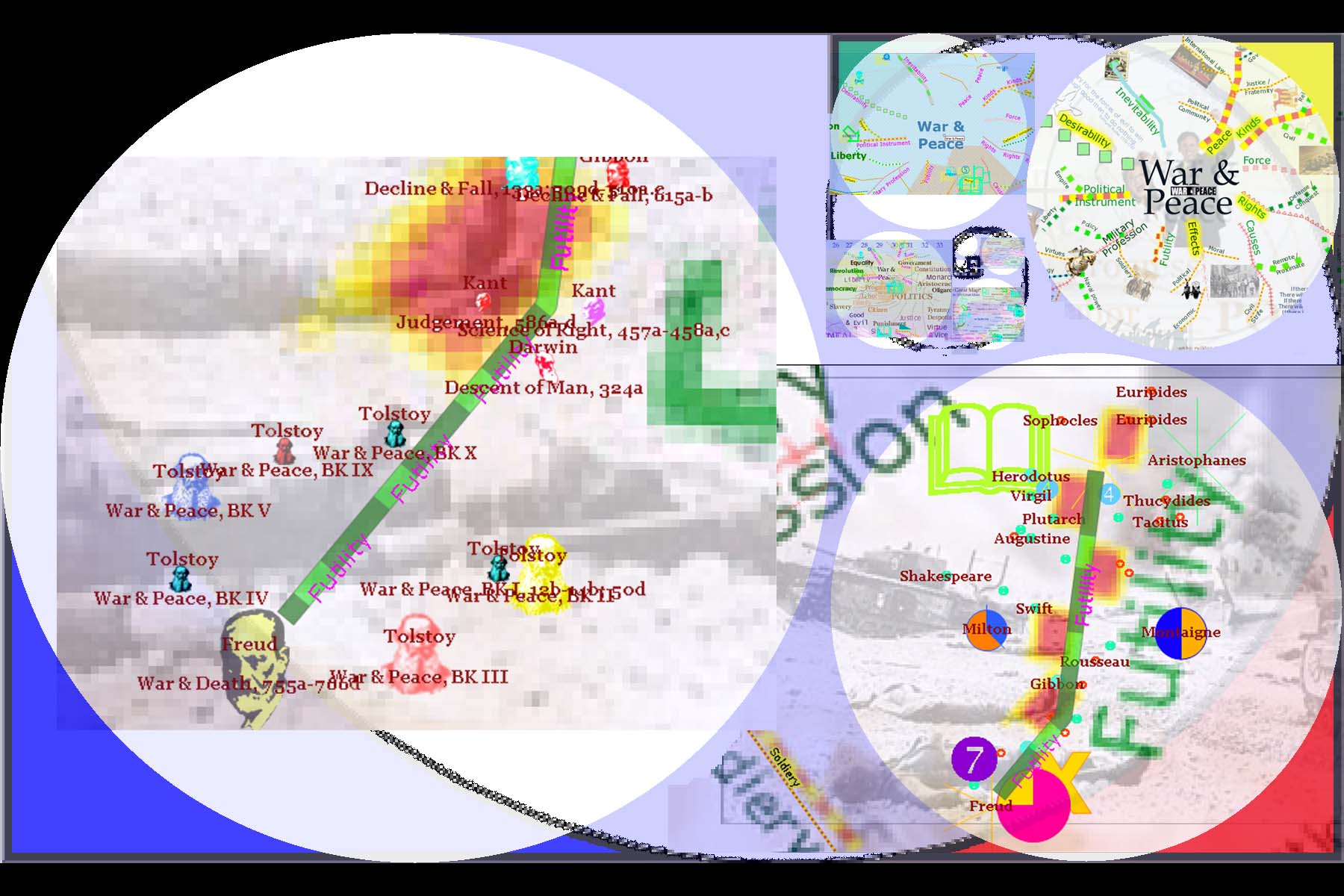 I've started mapping the best ideas from the past 30 centuries regarding "War & Peace"...

The "four-legged wooden table "problem is a philosophical straw man where one side stoutly maintains a table is made of wood, while the other side contends it has four legs.

"The significant problems we face cannot be solved at the same level of thinking we were at when we created them." - Albert Einstein

If you want to link to our Portrait of Peace project use this image;

"Dear God, how come you did all those miracles in the old days and don't do any now?" - Billy